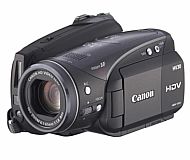 This page is a constant work in progress but here are some great sites to start checking out and making your own awesome short films.

Or work with us, and we will bore you to tears about the sites we like to visit.

The Liaison of Independent Filmmakers of Toronto (LIFT):

LIFT is a member-driven non-profit organization that provides affordable access to equipment, education and space for those who want to make films, out of a passion for, and commitment to, the practice of filmmaking on celluloid.

All permits to film at or on City of Toronto parks, property and streets are issued by the TFTO. This web site is your gateway to accessing required television and film permits and to shooting film in Toronto.

Freesound.org – Sound Effects made to be used, but use wisely, and credit when possible.

MUSIC2Q:  Are you a director, media producer, or music supervisor?

Tired of sifting through demos and spending hours searching for just the right song? We are here to give you easy-to-use tools for searching through submissions that have already been categorized and sorted, so you can find the best music for your productions quickly and easily.

Festivals (What to do when your done your film)

100/24 hour film competition and festival – Write/Direct/Edit and submit your film within the time constraint. If you haven’t tried one these and you don’t mind pushing yourself to the breaking point we whole heartedly recommend it.

WithoutaBox  – It ain’t cheap but neither was your film. If you put the time and effort into it and think you have what it takes to compete…well starting submitting around the world and getting it seen. It’s that or your going straight to…

Youtube – really? You never heard of this site? Mmmkay, I believe you.

Newgrounds – for animation or similar such endeavours but also includes games.