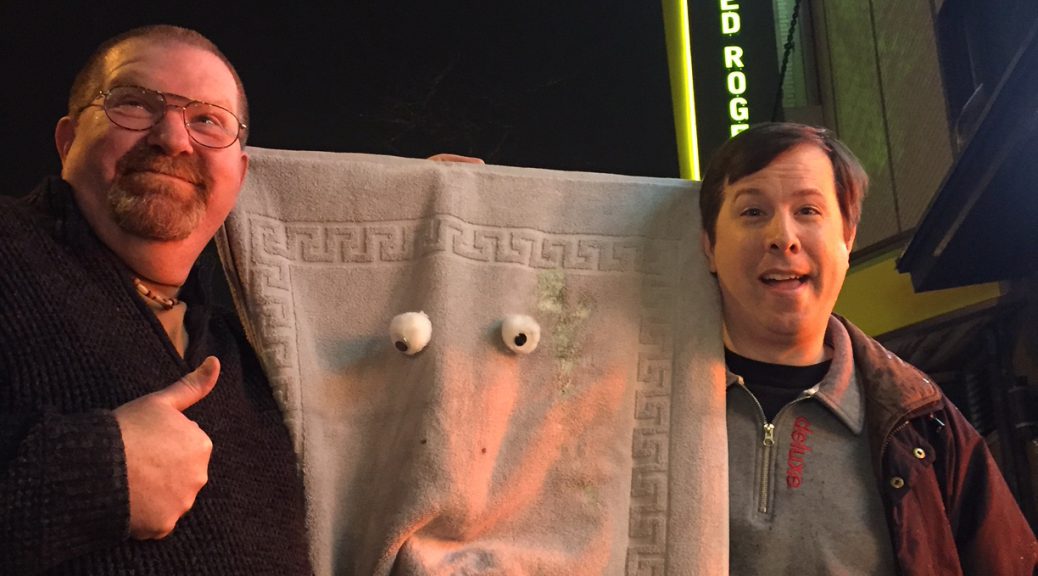 Now considering the events surrounding this film it’s amazing we picked up any awards and we are pretty chuffed about it. Originally we back out of the contest, then stayed in.

At the scripting stage one of the writers said this may be the stupidest thing 416film has ever written (it was Rob, who still thinks he might be right).

Then during the editing of the film, for the first time, thought we were not going to make the deadline. We dropped a couple of effects shots and skipped the colour correction and made it in on time.

And now, after 2 live screenings with almost capacity crowds who seemed to enjoy most of the antics in this short we also landed “Best Use of Prop” and “Best Choreography”. We are not exactly sure about the choreography award but it might have something to do with the stairwell shot.

Either way, The Pain Inside Diaz is now live and you can save yourself the price of admission and watch it above.