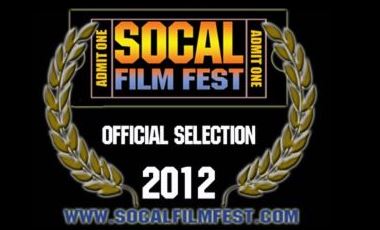 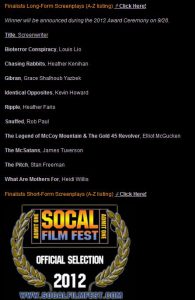 Eric and I realized we are not going to be shooting Snuffed in 2012 as we had hoped…so we decided, what the hell, let’s submit this little raunchy nasty script to a couple of feature film screenplay contests.

So far, the news hasn’t been horrible…in fact, considering the subject matter…we seem to be doing ok.

We received Honourable Mention in a Table Read contest and just yesterday received 1 of 10 Rising Star awards in the Feature Screenplay competition out in Vancouver.

There’s still 3 or 4 more screenplay contests to go so hopefully we find someone who really just loves this thing to bits like we do.